Where to photograph the imperial eagle?

Photographing the imperial eagle is not easy, as it requires knowing its perches and their behavior. In addition, it is a species very jealous of its privacy, so it does not tolerate human presence or abrupt noises. This entails great difficulty for its location and for taking photos. However, throughout this article, we will explain how to locate the imperial eagle, where to find it and the tools to photograph it in the wild.

Where can we see the imperial eagle in freedom?

The imperial eagle is an endemic species of the Iberian Peninsula that has been found on the verge of extinction, so much so that in the 80s only 20 pairs had been counted in Andalusia. Thanks to the support of different agents: public institutions, environmental agents and the change in social awareness,it has been possible to go from a state of critical danger of extinction to a vulnerable state. However, the species still requires efforts to secure its populations.

The population in the Iberian Peninsula has increased considerably and specimens can be seen in different parts of Andalusia, Castilla La-Mancha, Extremadura and Madrid. The province of Jaén, with 50 registered pairs, leads the number of specimens in freedom of this species. This is because a high percentage of their diet is based on the rabbit. This fact leads the imperial to have a predilection for settling in Mediterranean forest areas, such as in the Sierra Morena and Sierra de Andújar areas. For this reason, the Sierra de Andújar has become an exceptional enclave to photograph the imperial eagle.

How to recognize the imperial eagle?

It is a bird that impresses with its corpulence, its presence and the beauty of its plumage, which goes throughfive phases to reach its final plumage from the sixth year of life. 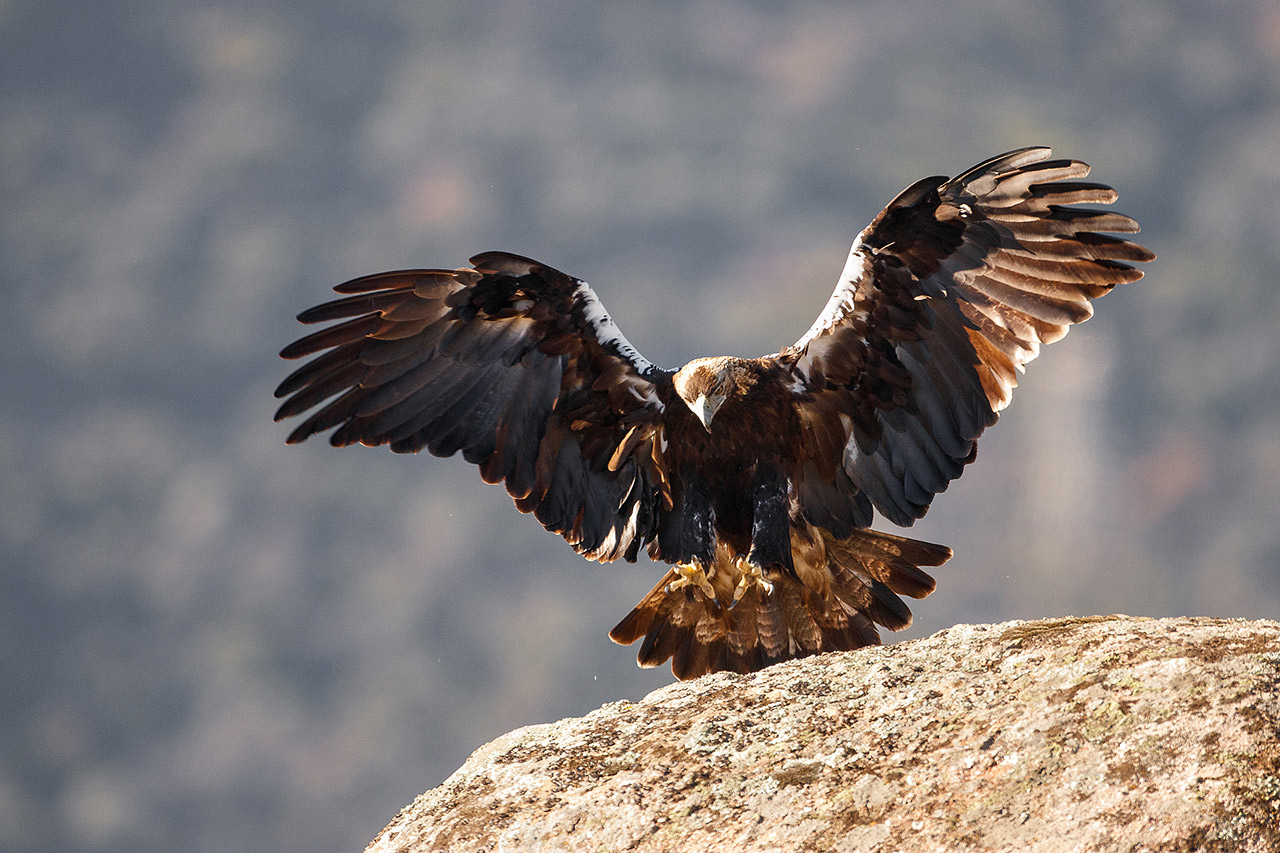 How to photograph the imperial eagle?

Given the difficulties of photographing this species in the wild due to its suspicion of humans, we must look for alternatives that allow us to be close to them, respecting their privacy and avoiding causing unwanted stress. For this, the best option is to do it through a hide specialized in these birds.

When hiring this photographic or observation service, the criterion that must prevail is respect for the species. It is essential to have a company specialized in these birds, which in turn complies with all the relevant security measures and permits that ensure good environmental practices.

In Iberian Lynx Land, we have theraptor hide located in theSierra de Andújar that is specific for birds of prey, our main protagonist being the imperial eagle. This hide is regularly visited by apair of adult Imperials, whose plumage is already completely tinted in dark tones with their characteristic white spot on the shoulders. This couple is established in the area and makes layings every year, so, on occasions, we receive the visit of young imperial men emancipating themselves from the nest, so that fortune can smile at us and let us see two phases of this majestic bird.

The imperial ones are not the only species that visit this hide. There are various birds that, attracted by the baits and by their strategic location to scan, end up entering the inn. We can find buzzards, magpies, goshawks, buzzards, black vultures and griffon vultures. On certain occasions, a foxmay enter and even the ghost of the Mediterranean forest, the Iberian lynx.

How to work within hide?

In the first place, we must respect the privacy of the species that inhabit the Sierra. Therefore, to avoid scaring raptors, it is necessary to Access the hide before dawn and you will only be able to leave when the lights have gone outor when we make sure that there are no raptors eating, since scaring one of these species means that they will not enter the hide again for months. The fundamental rule, remain cautious, be stealthy and make as little noise as possible.

Wildlife photography requires patience. Although there may be a few hours when certain birds can be seen more frequently, it is not an exact science. Keep in mind that every day is different and although they are used to their bait, there is no specific time for them to enter, so you have to wait for nature to take its course and, of course, be very attentive to the different behavioral changes that can occur in nearby species, as it can be a clear warning of the existence of a nearby carnivore.

Given the proximity of the innkeeper, to photograph the different species, you can do them both with a full frame camera or APS-C. We recommend a camera with a fast focus, ideally with the focus-to-eye functionality and a high shutter speed,to try to secure the shot.

As for the lenses,with a 300mm lens or higher you can get exceptional images, even get close-ups. A bright lens is recommended, to achieve the highest possible photographic quality, it will also adapt better to the different lighting conditions helping to obtain more impressive images at sunrise and sunset time.

What features does the Hide the Heliport have?

First of all, the hide is equipped with spy glass, which allows the animals to behave naturally without interfering with their lives.

Its capacity is for three people, its dimensions being:

It has a chemical toilet

It is located in an area with quite a height, which allows photographing the different species in flight.

The environment in which it is located is in the middle of the Sierra de Andújar, made up of small shrubs, holm oaks and scrubland. From the hide you can see a wide area of ​​the mountains, which makes it an exceptional place to make sightings and control the place. 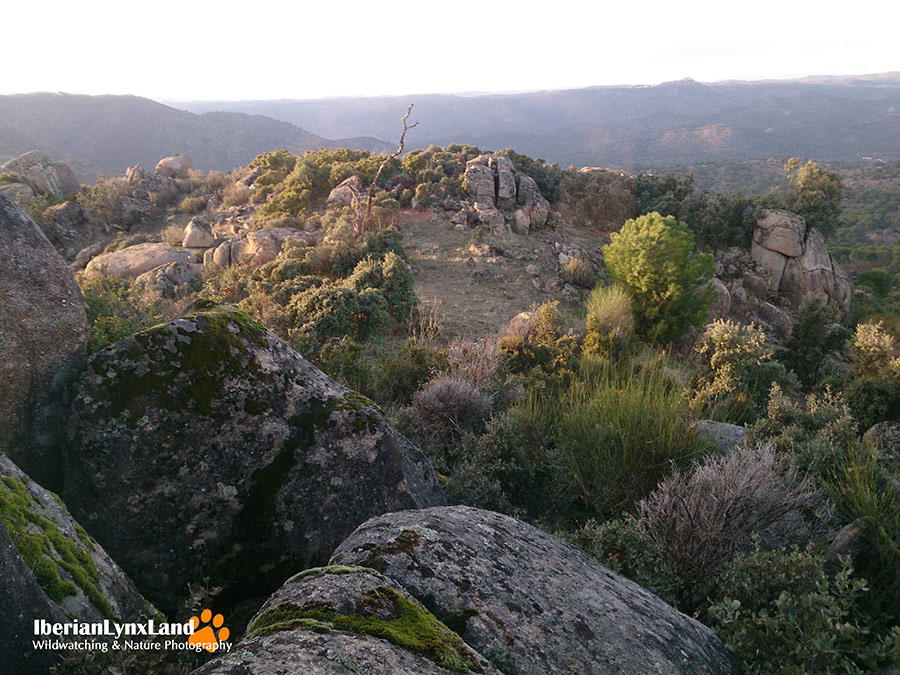 How to book a session at the Raptor Hide?

It can be hired by one person or by a group of people, upon prior reservation through the following form

For more information you can contact us or through the mail info@iberianlynxland.com